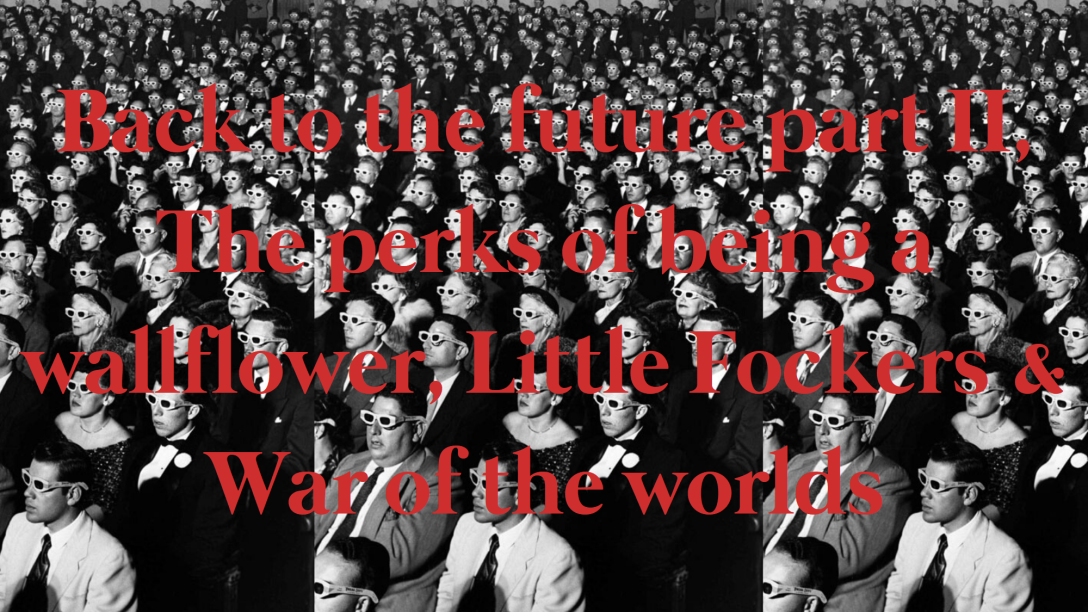 Last week, at our home, each night from Thursday to Sunday we watched a film chosen by one of us. Four family members, four films & four nights. Here’re the films that we watched and a little review of them.

THURSDAY: BACK TO THE FUTURE PART II

I’ve you have watched the first part, you will probably like this one. But in my opinion, the first one is way better. Even though in this second one there are still lots of comic moments and the plot is not bad. In some cases, you feel like some scenes have literally been copied form the previous one. Even so, it’s a good movie that will entertain you.

FRIDAY: THE PERKS OF BEING A WALLFLOWER

It was a good film but not as good as I expected to be. By this I mean that I enjoyed the film but, you know that feeling when you’ve heard a lot about something but it ends up being not as good as you have imagined? That’s exactly how I felt. Despite this, the cinematography of the film is really good, the actors did an amazing job and the plot is interesting. Definitely a good film!

I think I had already seen this movie but still, considering that I remember laughing a lot with the first one (Meet the parents), it wasn’t as funny as I thought it would be. Being honest, I don’t really recommend this film. Yes, some parts are funny but, as a whole, it’s not worth it. However, if you like the comedy genre, you should watch Meet the parents.

SUNDAY: WAR OF THE WORLDS

Great movie but being Steven Spielberg the director of it, I expected more. I personally think, it has a very basic plot line and it’s nothing different from most of the disaster films. But if you like this kind of films (which are not my cup of tea), you will probably like it.

These are the four films we watched last week! I hope I gave you some ideas on what to watch this weekend. What films have you watched recently? Let me know in the comments below.